In order to communicate the multi-faceted sustainability strategy BMW EfficientDynamics and the associated technologies on different channels, interlocking communication concepts are developed and implemented over several years. All the concepts have the challenging task of translating a multitude of complementary technological measures – which serve in the sum of their interaction of the emission reduction – into a catchy image.

The artist Tim Prentice, whose filigree kinetic sculptures symbolise the diversity of technologies and their interaction, was won over for this project.

They has been shown for the first time as part of a major campaign and thematic exhibition in BMW Welt 2007. In the rotunda of the architecture designed by Coop Himmeb(l)au, they merge with graphic animations on five large-area media surfaces from more than 200 monitors to create an installation that has never been seen before in Germany. 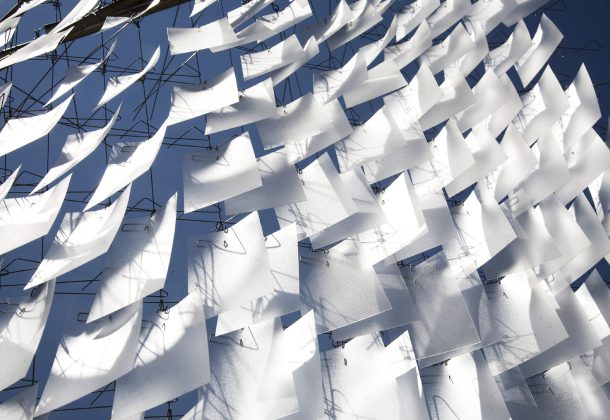 The filigree works of the artist Tim Prentice are filmed in Connecticut USA. The sculptures floating elegantly in the blue sky become a visual metaphor for the complex interaction of technologies. 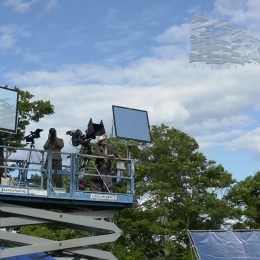 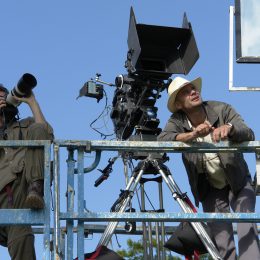 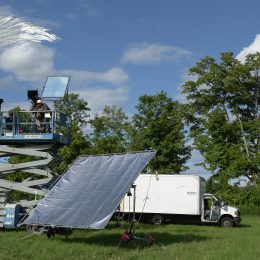 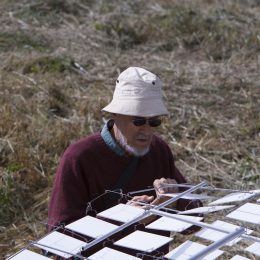 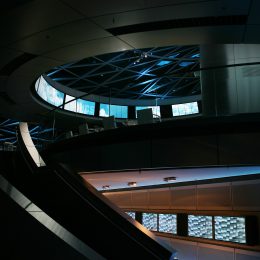 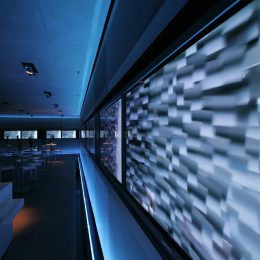 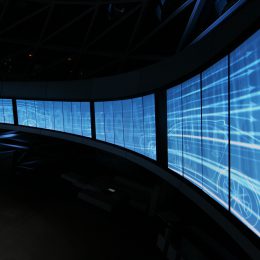 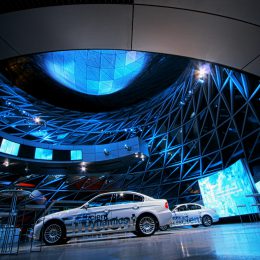 For the BMW EfficientDynamics technology package, a concept follows in 2008 that visualises the message “Energy savings of the BMW EfficientDynamics fleet within one year” in charming stories. Pictorial comparisons and analogies make the abstract numbers and values tangible: The basic design elements are terms and names of the individual technologies, which form a mosaic and form changing scenes. The visual worlds created in this way – presented on three large, high-resolution LED surfaces – are poetic and technological at the same time and become a magnet for the public at the Geneva Motor Show in spring 2008.

The animated technology stories are shown after the Geneva trade fair show in the BMW Welt in Munich. Here they integrate the exhibited vehicles and exhibits into a scenography that strikingly visualises the topic “Interaction of many technologies for one goal”. 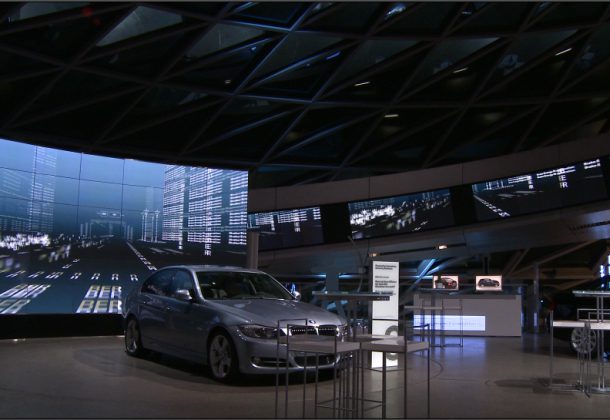 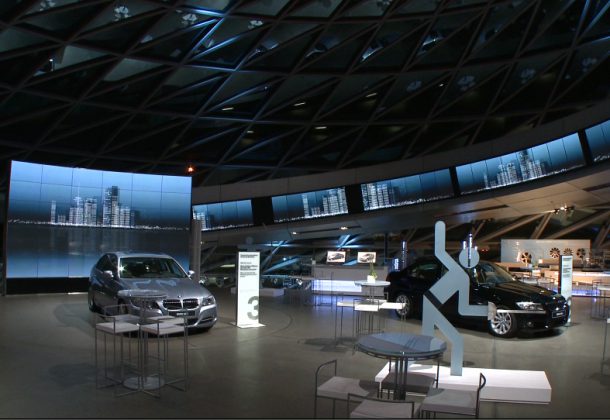