Immerse yourself in the moments of success

At the Detroit Motor Show 2012, the focus is on the media presentation of the sporty top positioning of the new BMW 3 Series. Our concept of the cinematic stage design focuses on emotional moments of the sport. The concentration and tension, the acceleration and euphoria of success become a three-dimensional stage design.

Architecture and media staging are aligned with a large centre. A special feature is the media area with its ceiling design. An essential component of the staging concept is the optical play with perspectives. For this purpose, the interplay of media and architecture was examined in a pre-visualisation and the extreme perspectives of the sportsman scenes were carefully precalculated. The athlete scenes were then shot from these perspectives. At the trade fair stand, dramatically different visual experiences are created: Standing on the stand, the visitor is in a kind of worm’s-eye view, experiencing how the athletes move dynamically over their heads to the edge of the stand. The further the viewing position moves away from the trade fair stand into the hall, the more the pre-distortion is compensated and virtually extends the image surface upwards by means of optical illusion. 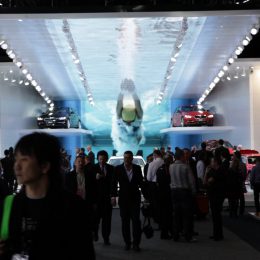 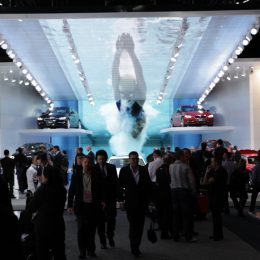 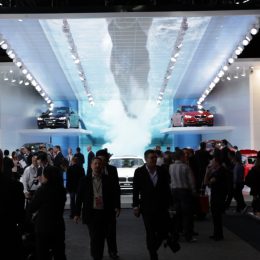 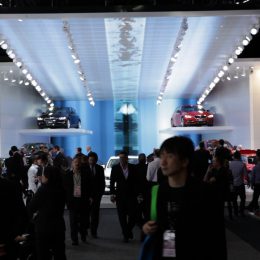 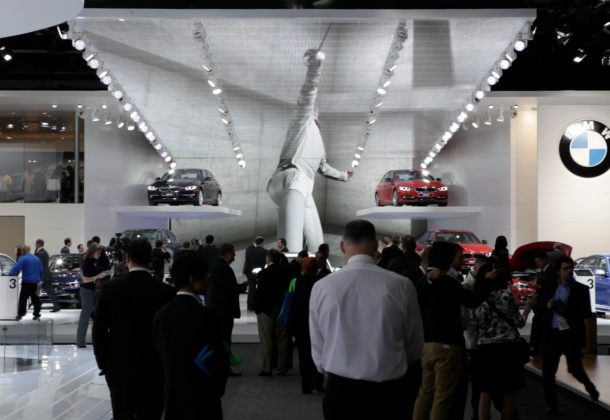 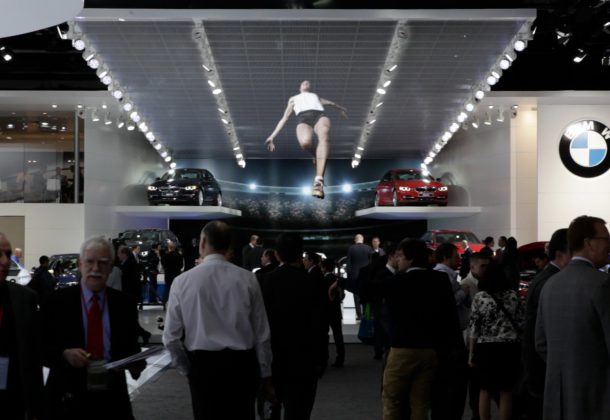 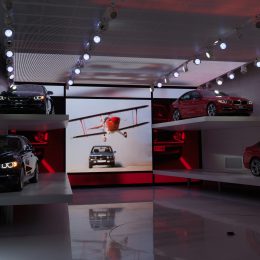 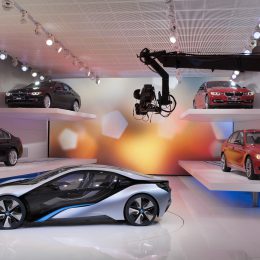 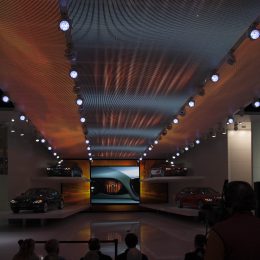 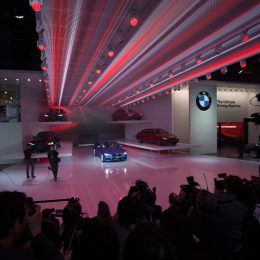