BMW Group THE NEXT 100 YEARS

Dive into the future

On the occasion of the 100th anniversary of the BMW Group, the BMW Group is embarking on a worldwide roadshow in 2016. In a comprehensive “Future Exhibition”, the BMW Group and the individual brands – BMW, MINI, Rolls-Royce and BMW Motorrad – will jointly present their visions and answers to key questions of a sustainable future. The central theme of the series of events taking place in Beijing, London and Los Angeles is that of an impulse emanating from the BMW Group and spreading across all brands.

The core and highlight of the presentation is the inner “rotunda”. The film, light and sound staging designed by gate.11 allows visitors to immerse themselves in electrifying worlds of images and further themes of the future.

The visitor experience begins with an immersive 360° spatial staging. The media concept of gate.11 translates the impulse idea into light, which moves from the inner “rotunda” into the film to depth perspectives and spatial effects. This atmospheric staging of space is complemented by phases of in-depth content, which visualises and makes palpable six basic group statements in more than 160 highly complex factual aspects. 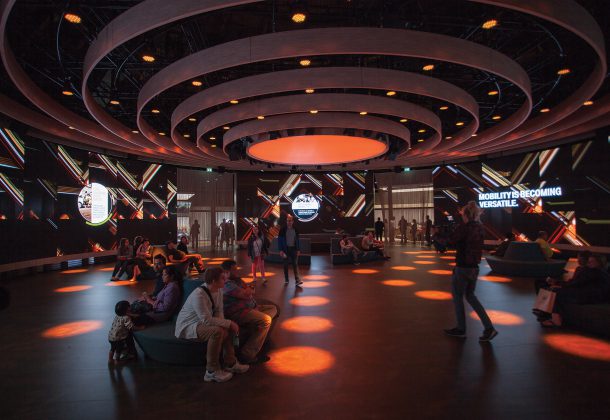 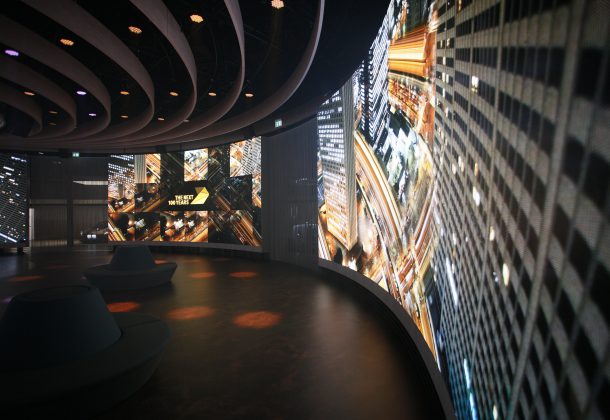 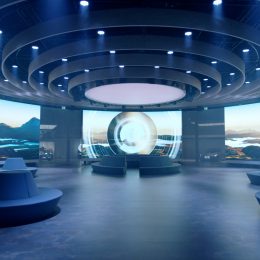 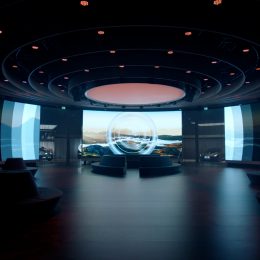 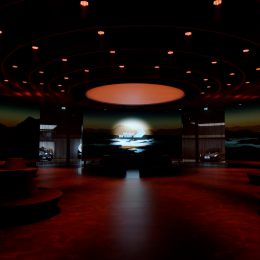 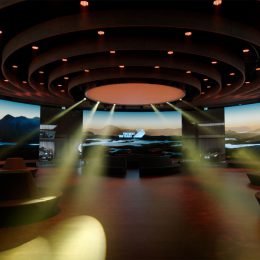 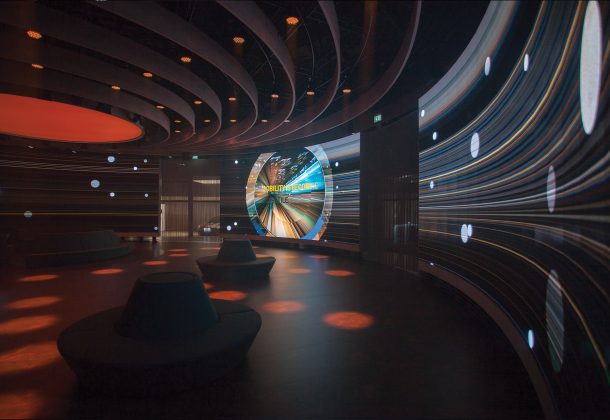 The abundance and complexity of the deeper and partly abstract “theses of the future” require a comprehensive editing and demanding cinematic implementation. The translation into concrete images and the development of a graphic visual language must convey serious content in a well-founded manner and illustrate it in detail as well as entertainingly. This concept is embedded in a film dramaturgy in which large calm atmospheres tune in to the six overriding themes and then connect them with the concrete levels of depth.

During world tour, each brand presents a concept car that complements the exhibition as a concrete contribution to a vision of the future. The world premiere shows of BMW, MINI, Rolls-Royce and BMW Motorrad are the prelude to every tour stop.

To this end, gate.11 has developed four brand-specific concepts: atmospheric film clips, light stagings and music are combined in four shows to present the concept vehicles to the world press. 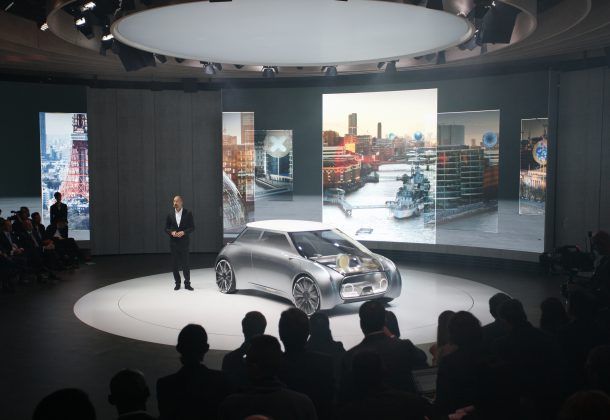 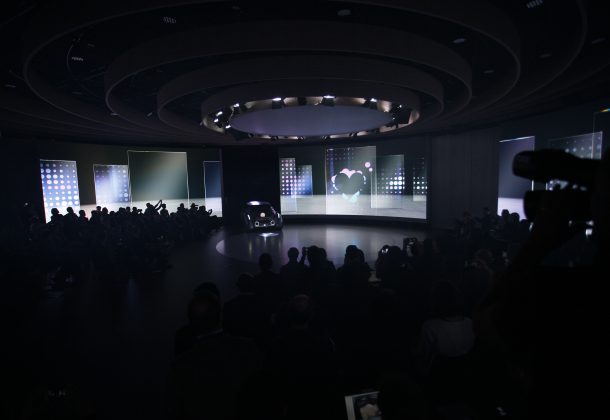 The tour started in Munich to go around the world, she returns after stays in Beijing, London and Los Angeles back to Munich in the BMW world. 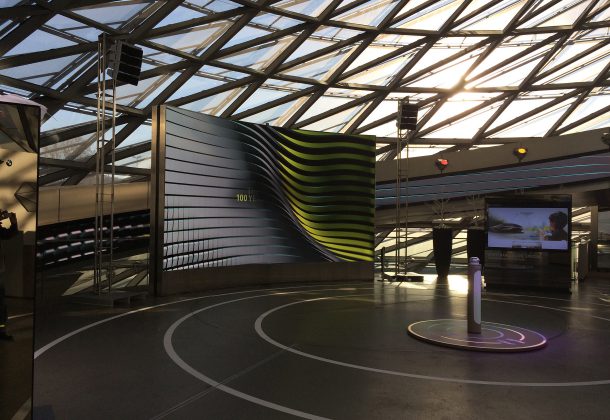 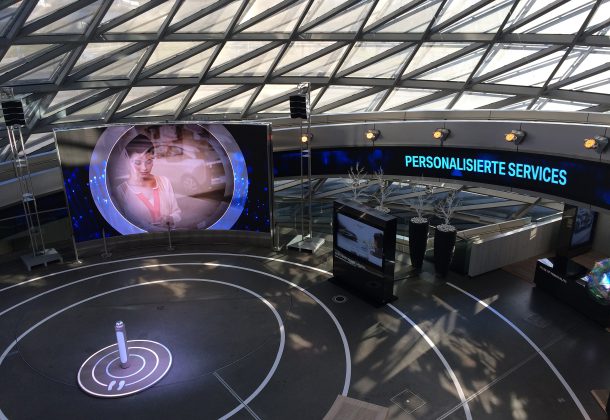