Under the motto “Share your dreams”, the software manufacturer SAP wants to be accessible and close to people at CeBIT 2013. This particularly concerns the high-performance-platform SAP HANA, which enables databases to work up to 10.000 times faster. The fact that processes and things become possible with them, which until now could not even be dreamed, is the basic idea behind the trade fair motto. The connecting element for all messages and films is therefore the “HANA Lyrics”, a poem that sensitively deals with the use and control of large amounts of data. 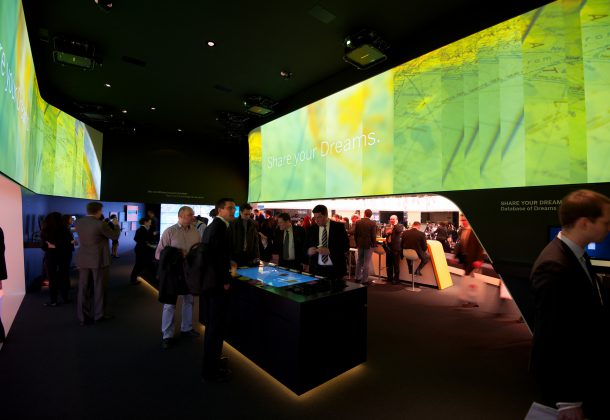 “How much knowledge does the world need?”

To get visitors in the mood for the trade fair appearance, they are first led into a walk-in 360° media production. The “Golden Cube” is a room of its own, whose size and unusual format create its own unique spatial experience. The film’s screening raises questions about the relationship between man, knowledge and technology: “How much knowledge does the world need?” is the title of the visualised poem, which does not show any products, but moments of human biography, contemporary history and visions of the future, some of which were shot before. The poem spoken by actors and the multi-faceted sound collage make a visit to the “Golden Cube” an impressive experience that lends a human component to SAP’s highly specialised software products. 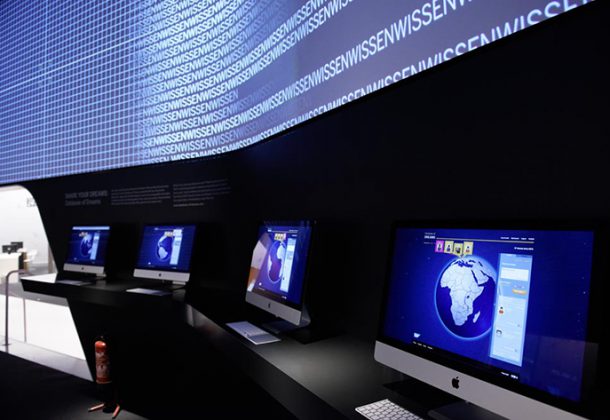 New to the appearance and architecture of 2013 is the access to the exhibition stand in front of it, which forms a kind of “portal”. Before the visitors enter the interior of the stand, they enter a space that stage the HANA software. The media installation and its visual language surprise with its courageous approach: these multimedia “HANA Lyrics” are not about marketing messages, business models or products, but about almost philosophical questions, which also illuminate critical aspects of “knowledge” or “data processing”. 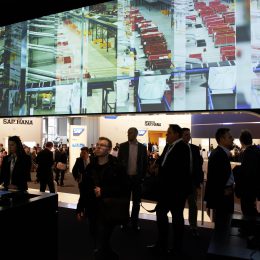 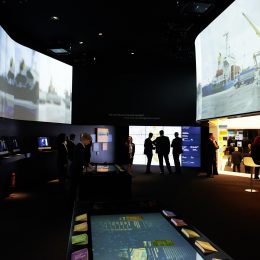 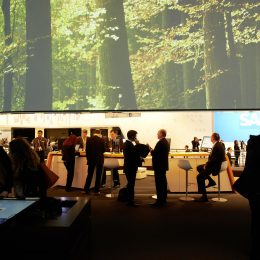 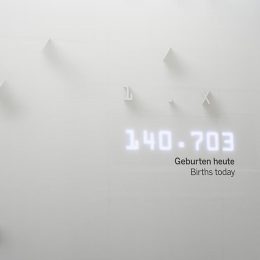